Boots Riley – the director of 2018’s sharp, funny, indie hit Sorry to Bother You – also serves as the frontman for a radical band called The Coup, a simmering blend of musical styles and revolutionary politics. That group has been releasing albums since the early 1990s, and they also provided the soundtrack for Riley’s movie. (Well, technically, they provided two soundtracks, but we’ll get to that in a minute.) Now the film’s soundtrack has been released on vinyl thanks to Mondo and Interscope Records, and you can learn more details below. 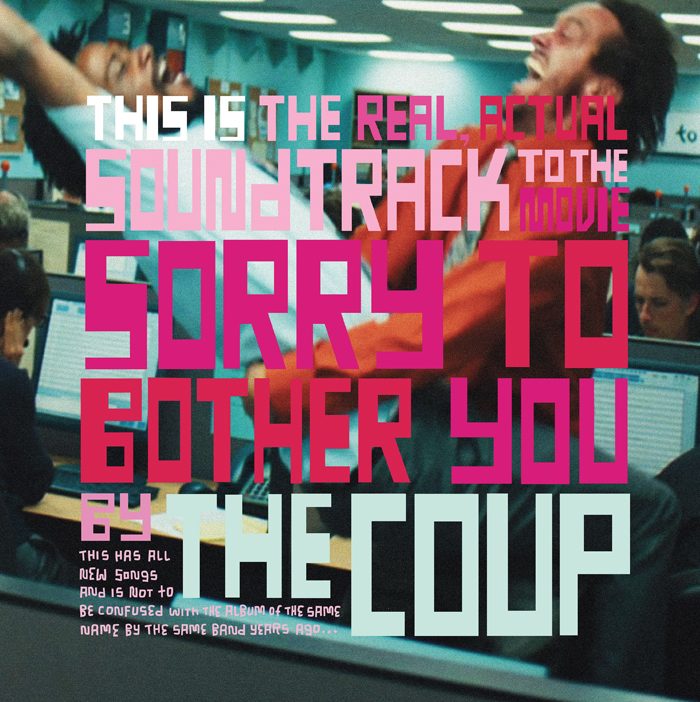 Sorry to Bother You Soundtrack Details

In 2012, Riley finished the first draft of the Sorry to Bother You script, but it took Riley several years to finalize it and to actually secure the funding to make the movie. So in that downtime, The Coup made an album called Sorry to Bother You which was inspired by that screenplay, and released the album in 2012. Then, six years later when the funding for the film finally came through, they put out another album with the same name. That’s the one that’s getting the vinyl release. As you can see, the text on the front of the album tries to mitigate any confusion by explaining the situation: “This is the real, actual soundtrack to the movie Sorry To Bother You by The Coup (This has all new songs and is not to be confused with the album of the same name by the same band years ago…)”

The soundtrack, which features appearances from Killer Mike, Janelle Monáe, Tune-Yards, E-40, and star Lakeith Stanfield, is on sale now at MondoShop.com for $20. The album is re-mastered for vinyl, pressed on 180 Gram white vinyl, and available in one of two random sleeves designed by Oakland-based artist J. Otto Seibold, the same guy who designed the movie’s logo. 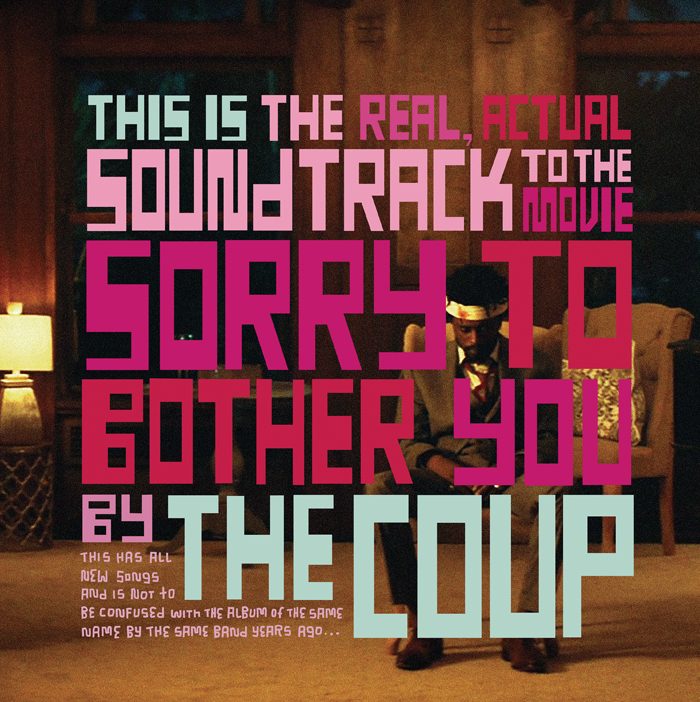 “There are two musical worlds in Sorry To Bother You,” Riley explained at the time of the film’s release. “One is the score that’s made by Tune-Yards and the score is all the stuff that the characters can’t hear, right? It’s the voice of the movie in that sense. It’s commenting on something, it’s a leading you down the path. And then there’s the soundtrack, which is the stuff that the characters can hear that’s playing in the bar. It’s playing out of cars, at parties, wherever. We do break that rule once, which is with kind of the theme song of the movie, which is ‘OYAHYTT’…’Oh yeah, alright. Hell yeah, that’s tight.’ Which they can’t hear.”

Here’s the track list and a lyric video for the new vinyl:

The post Mondo Has Released a Vinyl Version of the ‘Sorry to Bother You’ Soundtrack appeared first on /Film.